New Rule Would Cap Large Truck Speed at Below 70 mph 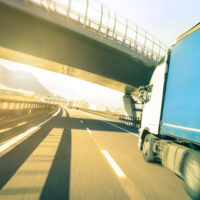 The National Highway Traffic Safety Administration (NHTSA) and Federal Motor Carrier Safety Administration (FMCSA) have each announced similar rules which would require large vehicles such as buses, tractor-trailers and semi-trucks to use speed-limiting devices in all new vehicles in their fleets. The devices would be mandatory in all vehicles weighing over 26,000 lbs, and would prevent the vehicles from traveling over 60, 65, or 68 mph, depending on the final version of the rule that is adopted.

“This is basic physics,” said Dr. Mark Rosekind, NHTSA administrator. “Even small increases in speed have large effects on the force of impact. Setting the speed limit on heavy vehicles makes sense for safety and the environment.”

US Department of Transportation Secretary Anthony Foxx described the devices as not only important for safety, but also an important weapon to combat climate change; “a win for safety, energy conservation and our environment.” “Based on the agencies’ review of the available data,” said Sec. Foxx, “limiting the speed of these heavy vehicles would reduce the severity of crashes involving these vehicles and reduce the resulting fatalities and injuries.”

According to research completed by the Department of Transportation, if large vehicles were equipped with devices that limited their speed at 60 mph, up to 498 lives would be saved and up to 10,300 injuries prevented. While delivery costs would increase by about $1.5 billion, shipping companies would save nearly $850 million in fuel costs, as well as the costs of litigating truck accident lawsuits. Altogether, the limiters would result in an annual savings of between $3 and 6.5 billion.

Chris Spear, president and CEO of the American Trucking Association, is one trucking industry representative who is glad to see the regulatory bodies taking action on this issue. “We are pleased NHTSA and FMCSA have, almost 10 years after we first petitioned them, released this proposal to mandate the electronic limiting of commercial vehicle speeds,” he said. “Speed is a major contributor to truck accidents and by reducing speeds, we believe we can contribute to a reduction in accidents and fatalities on our highways.”

Indeed, the research supports the idea that speed limiters will save lives. According to a 2012 study conducted by the Department of Transportation, the rate of fatal crashes among trucks without speed limiters is 16.4 crashes per 100 trucks. That rate sinks to 11 crashes per 100 trucks among those with speed-limiting devices. Speed-related crash rates in trucks without limiters are 5 per 100 trucks, compared to 1.4 per 100 speed-limited trucks. Large truck accidents currently account for one in ten highway fatalities each year.

If you or someone you love has been hurt in an accident with a large truck in Alabama, seek legal assistance in getting the money damages you deserve for medical expenses, lost work, and pain and suffering by contacting the determined and skilled personal injury lawyers at the Carter Law Firm for a consultation, at 205-202-4050 in Birmingham or 251-433-6500 in Mobile.