Follow These Five Steps After an Alabama Car Accident 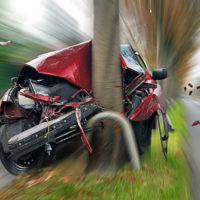 After you’re the victim of a crash, you might not be sure what to do first. In order to protect your right to compensation for your injuries, follow these post-accident rules to give yourself the best chances to receive the full value of your injuries and losses in a claim for your damages.

Even if you don’t think you were seriously hurt in the crash, visit a doctor as soon as you can after an accident. The longer you wait after the crash to receive treatment for an injury, the less it might appear to a judge or insurance carrier that the injury resulted from the accident. This could result in a denial of your claim for money damages for that medical treatment or rehabilitation. Additionally, if a problem could have been easily treated immediately after the accident, but you delayed a doctor’s visit and made the issue harder to fix, the insurer or court could deny the costs of treatment caused by your delay.

Call the authorities to report a crash immediately after it occurs. The laws of Alabama require that you report an accident which resulted in at least $250 in damage or caused an injury or fatality. The report that police generate can also provide valuable support to your claims before a court or to an insurer. In fact, the insurance carrier may require a copy of the police report in support of your claims.

If anyone is standing nearby or stops to help after an accident, be sure to obtain their name and contact information. Eyewitness testimony can serve as valuable support if your claim is contested or goes to trial.

Document the scene after a crash as thoroughly as you can, including by taking photos of the damage to each car, and any tire marks on the road. These pictures can serve as valuable resources for an accident reconstruction expert to determine how the accident happened and who was at fault, and to create a computer model of the accident for the court or insurance carrier.

Insurance companies want to pay out as little as possible on claims. Based on the assumption that you don’t likely know the actual value of your claims, and that you need money fast, they will make you as low an offer to settle as they can. They will also try and take a statement from you as soon as possible, which could result in you inadvertently accepting responsibility for an accident which wasn’t your fault. Before settling or making a recorded statement to insurers, speak with an Alabama car accident attorney to learn the true value of your injury and property damage.