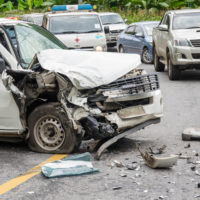 Traffic accident rates are rising across the country, for reasons not entirely understood by experts. Two cities particularly hard-hit by an increase in fatal car and truck accident rates are close to home, right here in Alabama.

Traffic fatalities have been increasing nationwide over the past two years. According to the National Highway Traffic Safety Administration (NHTSA), fatalities were 7.2% higher in 2015 than in 2014, and 10% higher in the first six months of 2016 than the same period in 2015. 2015 had been the first time since the ‘60s that the annual traffic fatality rate rose from the previous year, and if current trends continue, 2016 may surpass even 2015’s rates.

Much of the increase in roadway fatalities has been attributed to growth in the economy. Typically, when employment rates rise, more people are driving to work and have more money to spend on road trips. These factors cause total vehicle miles traveled to rise. Additionally, fuel prices were very low in 2015, making car travel even more affordable. However, the increase in total vehicle miles traveled in 2015 was estimated to be approximately 3.5%, accounting for only a portion of the total increase in fatalities.

While experts are still investigating what caused the sudden rise in roadway fatalities, NHTSA administrator Mark Rosekind stated that the causes for crashes are nearly always driver error or recklessness. “The data tell us that people die when they drive drunk, distracted, or drowsy, or if they are speeding or unbuckled. While there have been enormous improvements in many of these areas, we need to find new solutions to end traffic fatalities,” Rosekind reported. In fact, data reveal that 12% of Birmingham’s roadway fatalities in 2015 were attributable to alcohol, and, even more shockingly, 32% of Montgomery’s traffic deaths involved alcohol. Victims of accidents with drunken drivers may have the option to pursue a claim for money damages not only against the drunken driver, but also against the bar, restaurant, or host who continued serving someone alcohol after they were clearly intoxicated under Alabama’s so-called dram shop laws. Speak with an experienced Alabama personal injury attorney as soon as possible after an accident with a drunk driver.

If you’ve been hurt in a crash in Alabama and wish to find out if you might have a claim for money damages, contact the compassionate and knowledgeable personal injury attorneys at the Carter Law Firm for a consultation, in Birmingham at 205-202-4050, and in Mobile at 251-433-6500.