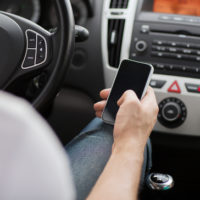 Despite the abundant research and years of effort made by safety groups and law enforcement to publicize the dangers of texting or using a phone while driving, distracted driving continues to take a toll on American lives and roadway safety. According to recently-released statistics, the number of fatal injuries resulting from distracted driving continues to grow. In response, the US Department of Transportation has released guidelines for cell phone manufacturers, suggesting they create operating systems which make it easier for drivers to avoid distraction.

2015 was the first time in 50 years when more people died in traffic accidents than in the previous year. Since the release of this report by federal authorities, safety experts and policy analysts have been analyzing the data in an attempt to determine the cause of this spike in roadway deaths. According to the National Highway Traffic Safety Administration, 3,500 individuals, comprising 10% of all those who died on the road in 2015, were killed in accidents involving at least one distracted driver. This is approximately 9% higher than the rate of fatal injuries stemming from distracted driving-related crashes in 2014.

The current secretary of the Department of Transportation, Anthony Foxx, expressed serious concern over these numbers, noting that “far too many [Americans] are put at risk by drivers who are distracted by their cell phones. These common-sense guidelines, grounded in the best research available, will help designers of mobile devices build products that cut down on distraction on the road.”  In response to the rise in distracted drivers, the Department of Transportation drafted guidelines for cell phone manufacturers to consider adopting which could potentially reduce driver distraction. The Department of Transportation suggested that phones could enter something called “Driver mode” whenever they detected that a car was shifted from “Park” into “Drive,” which would disable certain features such as manual text input and video play.

Cell phone manufacturers criticized the voluntary guidelines as “extreme,” calling them a “regulatory overreach” that would hinder “innovative solutions” that would otherwise come to market. However, safety groups were glad to see the suggested measures. A policy analyst with Consumers Union, Consumer Reports’ policy branch, spoke positively about the guidelines. William Wallace said, “The problem of distracted driving has grown into an epidemic. These guidelines could help stem the increase in traffic deaths that we’ve seen in the last two years.”

If you or someone you love has been hurt in a crash with a distracted driver or otherwise reckless person in Alabama, contact the compassionate, experienced, and trial-ready Birmingham personal injury lawyers at the Carter Law Firm for a consultation, at 205-202-4050, and in Mobile at 251-433-6500.