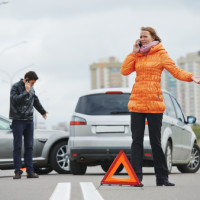 It’s a widely-accepted myth that a minor fender-bender can only do as much harm to the car’s occupants as it does to the exterior of the car. However, just as some individuals can walk away without a scratch from an accident that totals their vehicle, the opposite can be true, and a driver can require expensive treatment or months of rehabilitation from an accident that leaves their car relatively unscathed. Making such claims with an insurance carrier or before a jury can be an uphill climb, and injury victims are advised to consult with an attorney who understands the scientific evidence and expert testimony required to prove such claims.

Car insurance companies have historically followed a model of immediately denying any claims for bodily injury where the car accident itself resulted in under $1,000 in property damage. Insurers rely on an intuitive belief that, if the car looks ok, the at-fault driver couldn’t have been driving fast enough to do serious damage, and so the injured person must be faking it to fleece the insurer. Insurers develop a stable of “experts” who will testify to this fact in court, even in the face of research to the contrary.

While it can be challenging to test the speed at which a car must be traveling to cause injury to the occupants of another car for fear of injuring the test subjects, researchers now believe that car occupants can be injured in an accident even when traveling as slowly as 25 mph. When a car is struck from behind, occupants of the struck car are subjected to what is called Cervical Acceleration Deceleration. This sudden flinging forward and snapping back can cause strain on the tendons, muscles, and ligaments in the body, especially along the neck and spine. When the torso is flung forward and then back against the seat back, this can cause the S-curve of the back to be reversed, such that the lower back bows out and the upper spine is forced in. This motion causes additional stress on the structures and discs in the back, resulting in painful injuries.

As car engineers develop cars which are less prone to crumpling, the body of the car absorbs less of the shock of impact, and that shock is instead absorbed by the contents of the car, including its occupants. Thus, a car showing few dents may still have held occupants who required substantial care after a crash. When making a claim based on a low-speed or low-damage crash, it is important to find a personal injury attorney who understands these concepts and is prepared to make a strong showing that refutes the insurance company’s inaccurate and outdated arguments.

If you have been injured in a crash in Alabama, contact the seasoned Mobile personal injury attorneys at the Carter Law Firm, at 1-844-202-4050.